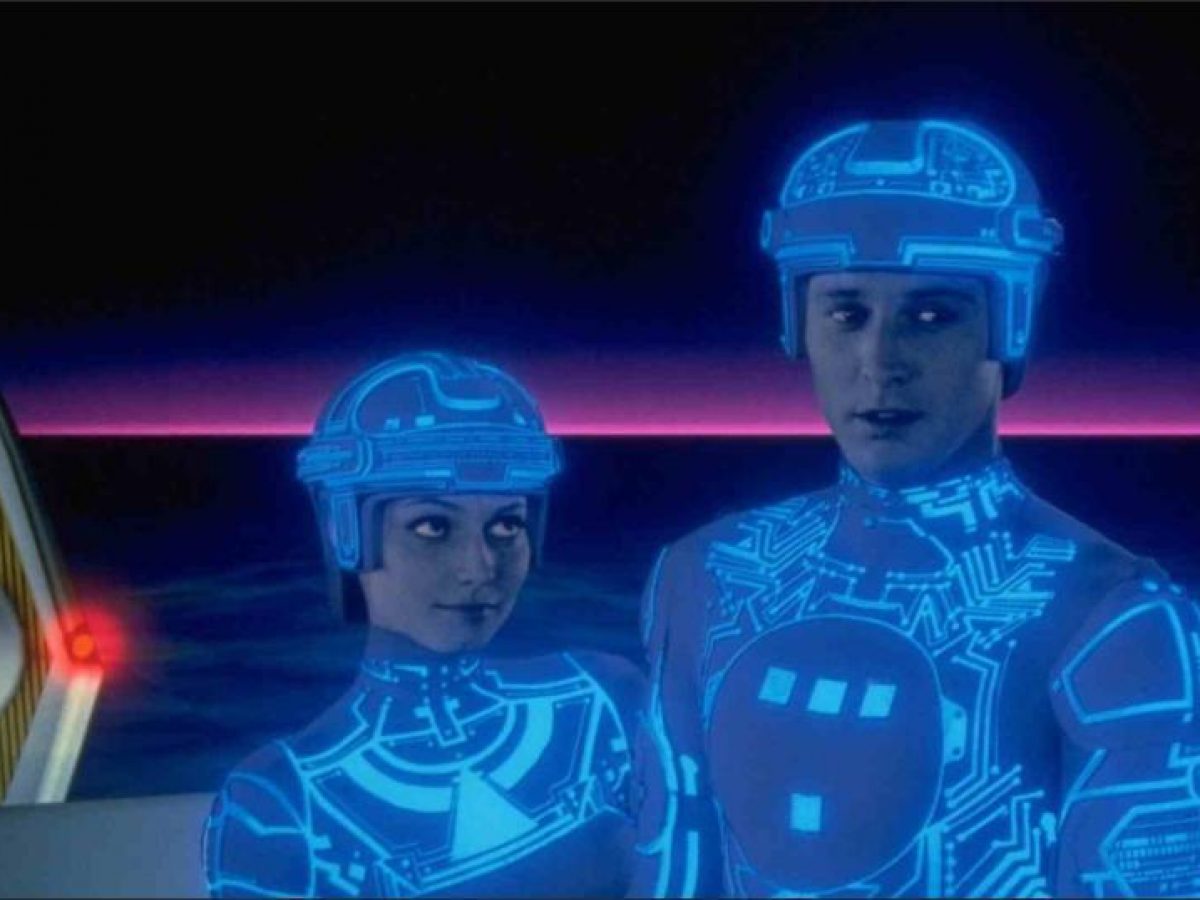 With Ronald Reagan’s inauguration into the White House in 1981, a new era of sci-fi films was ushered into theaters. These films benefited from the innovative special effects that made Star Wars so thrilling. George Lucas’s Industrial Light and Magic (ILM) was an innovator in this field. ILM created the majority of special effects that appeared on screen. Now filmmakers had the tools to expand their visions. But their visions were affected by social and political tides, as well. One theme that ran rampant during the 1980s was the push and pull of Hollywood’s moviemakers between Reagan’s sunny optimism and the dystopian vision of a world gone mad with corporate power and nuclear holocausts.

Even Lucas’s sequel to Star Wars, with its throwback to the Saturday morning matinee thrillers of the filmmaker’s boyhood, ended on a rather bleak note for the series’ characters. In Star Wars V: The Empire Strikes Back, the film’s erstwhile hero, Luke Skywalker (Mark Hamill), loses his hand in a duel with villain Darth Vader, whom Skywalker learns is also his father; while Han Solo (Harrison Ford) is frozen in a block of carbonite and is whisked off to uncertain doom by the bounty hunter Boba Fett. Not exactly the cheerful ending audiences were used to from the previous film.

John Carpenter’s Escape from New York (1980) imagines an extreme urban landscape only a conservative could imagine and dread. Closed off as a maximum security prison, the Big Apple is a hellish place of urban violence and gang warfare. When the president’s plane crash lands in Manhattan, it is up to the film’s hero Snake Plissken (Kurt Russell) to rescue him. Mad Max 2: The Road Warrior (1981), the sequel to the Australian film Mad Max (1979), is a post-apocalyptic universe where gas is a rare commodity. A lone warrior, whose wife and child were murdered by a band of roving maniacs, encounters a group of nomads in the vast wasteland that has become Australia and helps them battle thieves who want to steal their gasoline. Starring Mel Gibson, The Road Warrior was another bleak film which leavened its dystopian outlook with action sequences and violence. The third film in the series,

Mad Max Beyond Thunderdome (1985) continues in the same vein. Blade Runner (1982), starring Harrison Ford, is another dystopian nightmare about a group of replicants running loose in a hellish city of monstrous high rises and acid rain. Ford plays Deckard, a cop who tracks down and kills replicants. Based on the Philip K. Dick novel Do Androids Dream of Electric Sheep?, Blade Runner poses serious questions about the nature and value of life and what truly makes us human. In James Cameron’s first feature entry, The Terminator (1984), the future is left in the hands of an airy waitress whose son will become a savior in a post-apocalyptic world run by machines. When a terminator (Arnold Schwarzenegger) is sent from the future to kill Sarah Connor (Linda Hamilton) before she conceives the heroic John Connor. The film’s hero, Kyle Reese (Michael Biehn), is also sent into the past to save Sarah. While battling the Terminator, the two fall in love and conceive the future hero. Part sci fi thriller, part love story, The Terminator is a film that warns against the dominance of machines and nuclear technology in modern life.

In each of these films, urban landscapes have either been turned into metropolitan nightmares or have been obliterated altogether by evil forces (in The Empire Strikes Back, Cloud City, home to the suave Lando Calrissian [Billy Dee Williams], is invaded by the Empire’s forces, sending many of its residents in flight). Hollywood’s vision of urban America was certainly influenced by the changing social and cultural tides of the 1970s and 1980s. During the 1970s, America saw a drastic rise in crime and violence. Problems worsened in the 1980s with the emergence of gang warfare, crack, and AIDs. The social breakdown of families and law and order no doubt played a role in how Hollywood depicted cities as a loci for America’s decline in civil order. Here, the city can either be an urban hell taken over by violence and ethnic clashes or it can be a paradise that must be rescued from evil forces. But there were sci-fi films released during the 1980s that challenged the prevailing mood.

In the Terry Gilliam film Brazil (1985), the city is still depicted as a bleak landscape of broken dreams, but it is the bureaucratic state that terrorizes it’s citizens. Rampant and mindless commercialism (everyday is Christmas, the most commercial holiday of the year) barely masks how depressing life has become. The film’s hero, Sam Lowry (Jonathan Price), escapes his dreary life as a civil servant through daydreams, but when he falls in love with a woman bearing a striking resemblance to the woman in his dreams, he falls into a Kafkaesque nightmare from which he never emerges. Other films, such as Robocop (1987), Running Man (1987), and Miracle Mile (1988) also explore how the state or capitalism are responsible for the real decline in civil order in American society.

Not all films during this decade were dystopic or depressing. Reagan’s sunny optimism nonetheless influenced American audiences to seek out films that reflected that attitude. Star Wars VI: Return of the Jedi (1983) returns to form when the rebel forces vanquish the evil Empire, offering audiences a cheerful ending. E.T. the Extra Terrestrial (1982) is a sweet children’s fable about an alien who crash lands into the life of a suburban boy. Directed by Steven Spielberg, the film works beautifully as a fairy tale for its refusal not to shirk from the darker elements of the genre, but nonetheless has a heartwarming, feel-good tone. Back to the Future (1985), starring Michael J. Fox, is another film that brings Reagan’s conservative values to the silver screen. When a young man is thrust back into the past, thanks to a souped-up DeLorean, he inadvertently changes his own future, forcing him to repair the damage before he returns to 1985.

The film is literally about the broken family of 1980s America and how it is up to the next generation to fix the problems caused by Baby Boomers. Other films such as Dune (1985) and Superman II (1980) carry themes of good and evil (with savior-like figures poised to save the world) that mirrored Reagan’s Manichean language of good vs. evil, with the Soviet Union representing the evil empire. Sci-fi films so represented the tenor of the times that when Reagan introduced a new anti-ballistic missile system, he named it Star Wars.

Still, many 1980s sci-fi films defied any particular social or political themes that were relevant to the times. Filmmakers did take advantage of the emerging film technologies and created movies that exploded with dazzling special effects. Altered States (1980), a straight forward sci-fi film, had a special effects sequence that was stunning for its time, while the Disney feature Tron (1982) is notable not only for its special effects, which comprise a majority of the film, but for being one of the first movies to address America’s rising obsession with video games. Other sci-fi films were throwbacks to earlier eras.

In many of these movies, aliens invade Earth. But a few tended to be more like E.T., gentle and curious explorers who were more victims of the government than hostile visitors bent on destroying Earth. Carpenter’s Starman (1984) is a tender love story about an alien who comes to Earth and takes on the form of a widow’s late husband. After learning that government is after him, the two flee so that he can meet up with his mothership and return home. Brother from Another Planet (1984), directed by John Sayles, is another “fish out of water” story, but introduces themes of racism and difference to its tale. Enemy Mine (1985) reverses this theme when a soldier crash lands on a combatant planet and survives through the help of his enemy. But many other sci-fi entries during this period also took a page from their predecessors by presenting aliens as aggressive and destructive entities. The Thing (1982), Lifeforce (1985), Aliens (1986), and Predator (1987) all feature aliens that would much rather shoot first and talk later. 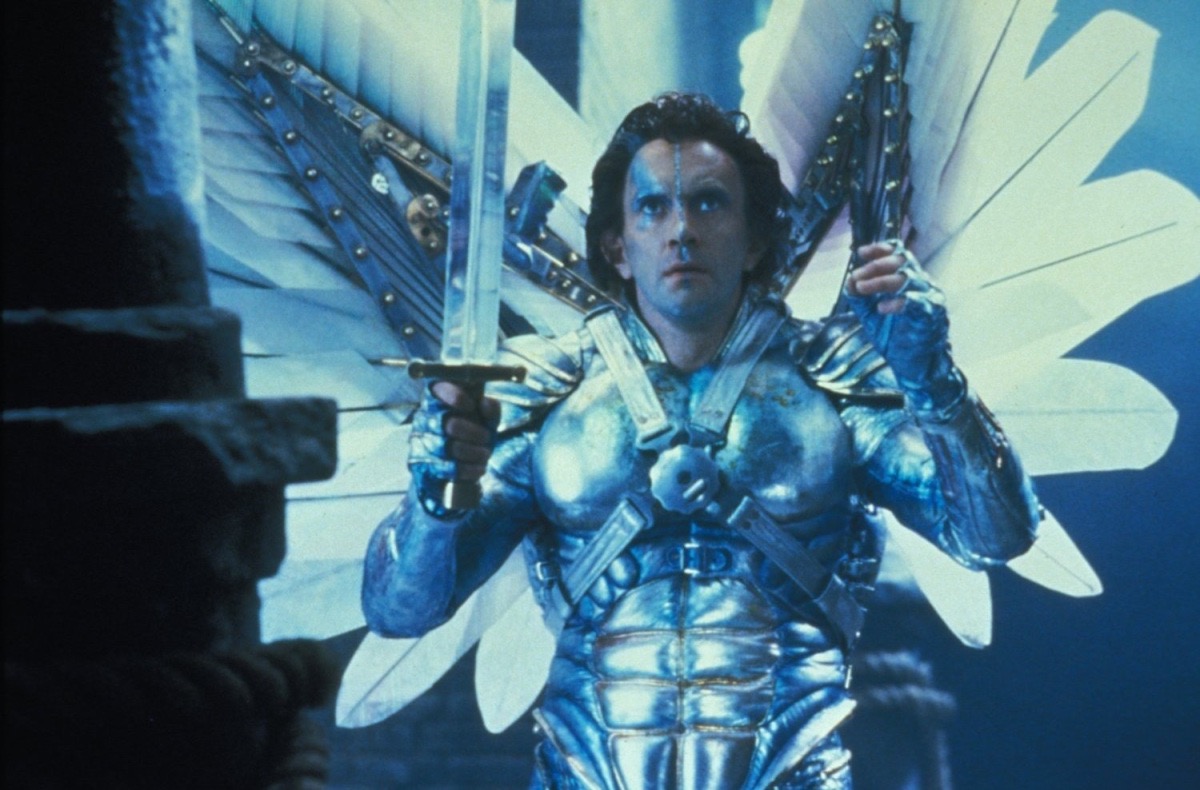 There were a few sci-fi releases during the 1980s that became cult classics. Repo Man (1984), directed by Alex Cox, is a punk rock take on sci fi. The movie is about a young punker who ditches his job at a supermarket, becomes an apprentice repo man, and delves right into the underbelly of a government conspiracy concerning a 1964 Chevy Malibu and its mysterious cargo.

The Adventures of Buckaroo Banzai Across the 8th Dimension (1984), starring Robocop’s Peter Weller, is a strange cult classic about an adventurer/surgeon/rock star who, along with his band of men, battle aliens from the 8th dimension. Ann Magnuson and John Malkovich star in Making Mr. Right (1987), a comedy about a public relations consultant who falls in love with an android. In The Last Starfighter (1984), starring Lance Guest and Robert Preston, a teenager’s dull life changes when an alien recruits him to be a starfighter in his planet’s armed forces. The Last Starfighter was but one of several sci-fi films whose main characters were teens looking for adventure. Matthew Broderick starred as a teen who hacks into a military computer and plays War Games (1983), unaware that he is launching World War III.

In Real Genius (1985), Val Kilmer plays a genius who is unwittingly recruited by the government to build a laser for a defense system, then attempts to undermine the government’s plans. Bill and Ted’s Excellent Adventure (1989) is another sci-fi, teen entry about a pair of clueless teens from San Dimas who travel back in time in a phone booth. Many of these films plant their tongues firmly in their cheeks, suggesting that not all sci-films got caught up in the 1980s dystopian/utopian theme wars.