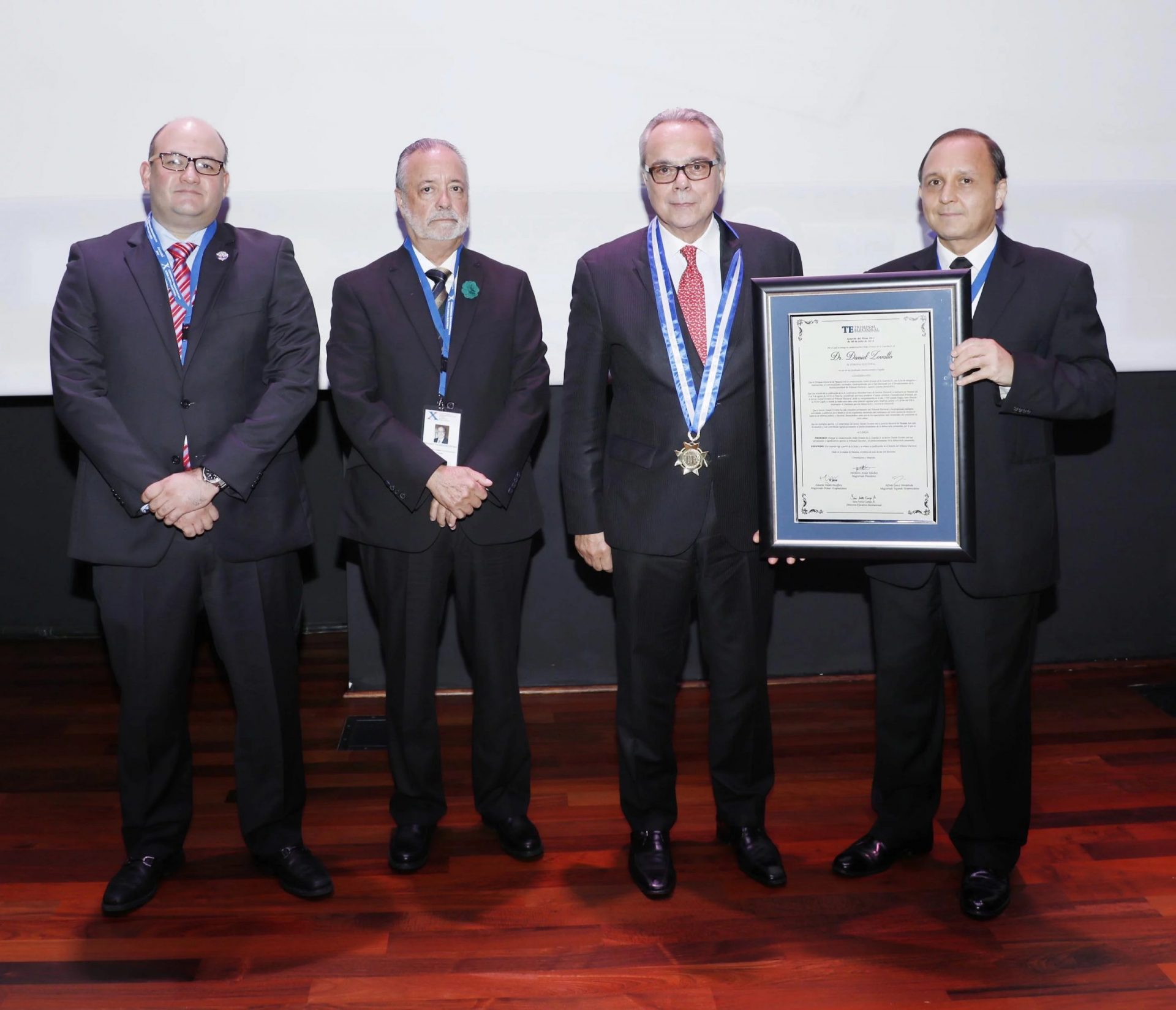 Juan A. Vázquez , president of the Conference of Rectors of Spanish Universities ( CRUE ), Félix García Lausín , general secretary of the Ibero-American University Council ( CUIB ) and Emilio Botín , president of the Santander Group , have signed an agreement this April 18 whose main objective is the creation and consolidation of a common Ibero-American knowledge space.

The agreement reflects the interest of the CRUE and Santander in collaborating with the CUIB in the development of programs dedicated to the analysis and study of education, culture, science and technology in Latin America.

The active participation of Ibero-American universities in regional integration and multilateral dialogue processes will also be promoted. The implementation of cooperation projects between the CUIB and university networks in other areas – especially European ones – is another objective of the agreement.

The CRUE is a non-profit statewide that consists of public and private Spanish universities. From respect to university autonomy, its activities are aimed at promoting reflection on university purposes and problems through approaches with criteria that go beyond the interests of particular sectors or groups.

The CUIBis a non-governmental organization that is configured as a network of networks of Ibero-American universities. It is made up of the national organizations representing the universities and other higher education institutions of the 21 countries that make up the Ibero-American Community of Nations. With its actions it pursues, among other objectives, the creation and consolidation of an Ibero-American Space for Higher Education and Research,

The Santander established in 1996 its Universities Program , with which vertebra Plan Corporate Social Responsibility and allowed to maintain a stable alliance with the academic world. In 2005, the bank allocated 1.6% of its net profit attributed to the sponsorship of academic, research and technological projects in support of higher education in Spain, Portugal and Latin America. This figure represented a global contribution of 66 million euros. The activities of the Universities Program They are specified in three large areas of action: collaboration agreements with university and research institutions; the patronage of the Universia portal , born as a consequence of the previous one, and the Miguel de Cervantes Virtual Library , created at the initiative of Santander, the University of Alicante and the Marcelino Botín Foundation .